Starfox: Like many of you, I am a big fan of both Nintendo-developed video games, and the recent decade of connected universe Marvel superhero movies. I was never a huge reader of the comics, but now I occasionally do deep dives on Wikipedia learning about characters that might be coming up in future movies just to get a feel for who they are and what their deal is. It’s research!

So a movie called The Eternals is coming sometime after Avengers Endgame… but until today I knew next to nothing about the team of superhumans who essentially live forever and protect Earth. I have no idea where they’ve been during all these movies so far, but that’s gonna change.

Anyway, what do Thanos and the MCU have in common with Nintendo? As mine has uncovered, the answer is Starfox.

Starfox is a superhero created by Marvel, who first appeared back in 1973, a full twenty years ahead of the first Star Fox game being released. The dude is Thanos’ brother, and at least in the comics, his whole deal is that, when Thanos attacks Earth, he finally realizes that he needs to take things a bit more seriously. And no, he is not an anthropomorphic fox starship pilot, though I guess both do spend a great deal of their time out in space, so there’s that.

Eros is a member of the Eternals, a genetic offshoot of humanity, that left for deep space from Earth thousands of years ago and settled on Saturn’s moon of Titan. Eros is the youngest son of A’lars (also known as Mentor) and Sui-San, and he grew up on Titan to be a fun-loving, carefree womanizer and adventurer in contrast to his brother Thanos, a power-hungry, nihilistic conqueror. Only when Thanos launched his first major attack on Titan did Eros begin to take life a bit more seriously.

Years later, in a subsequent campaign of terror by Thanos, Eros fought alongside Titan’s handful of survivors. Eros joined the alien Captain Mar-Vell in battling Thanos’s minions.  No longer bound by duty on Titan, Eros left the war-torn moon, seeking out pleasure and recreation on humanoid-inhabited worlds.

Just before he died, Mar-Vell made Eros promise to take care of his Titanian companion, Elysius, after he was gone. Eros honored his vow for several weeks, until Elysius, realizing his wanderlust, released him from his promise. He left Titan and Elysius for Earth. He arrived on Earth, where he sought out and joined the Avengers as a trainee.

They admitted him to their training program and the Wasp gave him the name Starfox since they felt Eros was an inappropriate code-name. While on the team he had his first meeting with the Earth Eternals. Eventually, he revealed his pleasure-stimulating powers to the assembled Avengers and helped them defeat Maelstrom.

Eventually, he found Nebula. He was held captive by Nebula, but freed himself, and assisted the Avengers and the Stranger against Nebula.

Eros is the youngest son of A’lars (also known as Mentor) and Sui-San, and he grew up on Titan to be a fun-loving, carefree womanizer and adventurer in contrast to his brother Thanos, a power-hungry, nihilistic conqueror. … Eros was held captive by Thanos, who revealed that he had killed their mother.

When did Star Fox come out?

How old is Fox McCloud?

Description. Fox McCloud is a male fox who is, during the events of Star Fox Command, is speculated to be twenty-eight or nine years old. He hails from Corneria and is the leader of the Star Fox team.

While Starfox isn’t currently a major part of the MCU, there’s every chance he will become so over the next few years of movies. And he was a good opportunity to look back over the history of the name Star Fox, and how two companies on separate sides of the world ended up with the same one.

If we go right back to before the original Star Fox was released, Nintendo’s Miyamoto claims he first got the idea for the name by watching a kid’s football team playing called the Inari Foxes and the idea of a fox-based name for a game sort of just stuck with him. Other fun trivia: the puppet designs on the original game cover were inspired by Thunderbirds, which adds a really nice layer of additional meaning to that E3 where they started the show off with Star Fox puppets.

For use in the UK Star Fox on the SNES was, of course, released under the name Star Wing, which isn’t half as good.

The only story I know is the ‘StarVox’ one, because it was an interesting problem – which is why I remember it.

This story has apparently been verified by others within Nintendo and paints an interesting picture of the company being more concerned about confusion with a German company than some comic book superhero. It shows how times have changed because I suspect as soon as Marvel has Starfox in a major budget superhero film, Nintendo will become a lot more aware of this brand overlap.

Starfox on the big screen, eh: what a thought. Whenever it happens, I just hope he doesn’t have a little toad sidekick who spends the whole movie demanding a barrel roll.

Starfox was put on trial for sexual assault, accused of using his powers to seduce a happily married woman. He was defended by lawyer Jennifer Walters, the She-Hulk. The law firm which employed her, Goodman, Lieber, Kurtzberg & Holliway, was contracted by Mentor to defend his son from the allegations. In the course of the trial, Ms. Walters came to suspect that Starfox had used his powers on her during their time in the Avengers, resulting in a brief sexual interaction. By this time, Starfox had been banned from the courtroom after it was determined that he was using his special abilities to influence the witnesses.

When Jennifer Walters confronted Starfox with her suspicions via closed-circuit video link, he evaded her questions and then cut the video feed. Walters angrily charged out of the courtroom, transformed into She-Hulk, and caught Starfox as he was attempting to escape from Earth. She-Hulk dealt Starfox a savage beating, giving him no chance to defend his actions, knocked him unconscious, finally duct-taping his mouth shut to ensure that he could not use his abilities to elude punishment. However, Mentor, Starfox’s father, effected his son’s release by teleporting Starfox away to Titan.

Mentor eventually staged a native Titanian trial in the hopes of clearing his son’s name.

The Living Tribunal, interested in the equity of the process, called on She-Hulk as a prosecuting attorney. Jennifer Walters, in an attempt to get to the bottom of the matter, agreed to a mind probe of both Starfox and herself. She discovered that Starfox did not use his abilities to influence her decision to have sex with him, but that he was deliberately responsible for her sudden infatuation with and marriage to John Jameson. An enraged She-Hulk once more lashed out at Starfox for toying with her life, bringing the legal proceedings to a halt.

Thanos now appeared at the trial and testified that his brother Starfox inspired his obsession with Death when they were children when attempting to make young Thanos accept the death of an animal he had involuntarily killed with his enormous strength. By Titanian law, Eros would thus take full responsibility for all the genocides Thanos had later committed. In the following issue, it was revealed that this was a false memory that Thanos implanted into Starfox’s mind, and shared by a Thanos clone which the real Thanos sent. Thanos’ implantation of the memory is what caused Starfox to briefly become mentally unbalanced, and use his power in this manner for the first time.

Star Fox 64 3D is a remake of Star Fox 64 for the Nintendo 3DS, released in 2011, being the second Star Fox title on a handheld console. Its existence debuted in a conceptual trailer for the Nintendo 3DS revealed at E3 2010, when objects from the Nintendo universe flew out of the 3DS screen. One of the many objects was a flying Arwing, hinting the next Star Fox game. The game was officially announced later on. Screenshots, footage, and some information were revealed over the then-upcoming Star Fox 64 3D game at 3DS conferences on 29 September 2010, and 19 January 2011.

With a few exceptions, the gameplay in Star Fox 64 3D is very similar to that of the original version. The player controls Fox’s Arwing fighter using the circle pad to steer, the shoulder buttons to bank left and right, and the four right-hand buttons to fire lasers and bombs, boost and brake. The D-Pad allows the player to perform somersaults and u-turns, which can also be performed with combinations of other controls, and to zoom in and out from the Arwing in “All-Range Mode”. The player can also enable “Gyro Controls”, using the 3DS’ internal gyroscope sensor to control the Arwing. Character dialogue, messages, and control information are displayed on the touch screen.

Star Fox 64 3D also features a new multiplayer “Battle Mode”, which allows players to play up to 4-player LAN multiplayer (via Download Play), or to battle against CPU opponents. During battles, each player’s face appears on opponents’ screens in a live reaction feed from the console’s internal camera.

Various Star Fox characters and elements have appeared in the Super Smash Bros. franchise of fighting games. Fox McCloud has appeared in all five as a playable character, while Falco Lombardi was featured in all titles since Super Smash Bros. Melee as an unlockable character. Wolf O’Donnell appears as an unlockable fighter in Super Smash Bros. Brawl and Super Smash Bros. Ultimate as well. All three characters have virtually the same Final Smash in Brawl in which each calls down a Landmaster to run over and shoot enemies with, with minor differences between each; this was changed to an Arwing or Wolfen strike in Ultimate. They also share similar moves, like the Blaster, Reflector, Fox Illusion/Falco Phantasm/Wolf Flash, and Firefox/FireBird/Fire Wolf. Peppy Hare and Slippy Toad make brief cameos in Melee and Brawl, with Krystal, Leon Powalski, and Panther Caroso appearing alongside them in the latter.

Venom is played along the width of the “Great Fox”, with the fighters doing battle atop the wings. In Super Smash Bros.

Brawl, the Corneria stage from Melee returns, as well as a new stage called “Lylat Cruise” which is set atop an all-new ship known as the “Pleiades” that warps between various areas within the Lylat system. In Super Smash Bros. for Nintendo 3DS and Wii U, three Star Fox stages appear between both versions, with the Corneria stage from Melee returning once more for the 3DS version, while the Wii U version features the return of the Lylat Cruise stage from Brawl and a new stage based on the Orbital Gate Assault mission from Star Fox Assault. Super Smash Bros.

Ultimate features the return of the Corneria, Venom, and Lylat Cruise stages. Andross also appears in his form from the original Star Fox as an assist trophy, sucking in air and then spewing projectiles at combatants, Krystal similarly appears as an assist trophy in Ultimate, using her staff to attack opponents. The item “Smart Bomb” is also featured. When used, it creates an explosion that slowly grows; however, sometimes the Smart Bomb is a dud and has a delayed explosion. 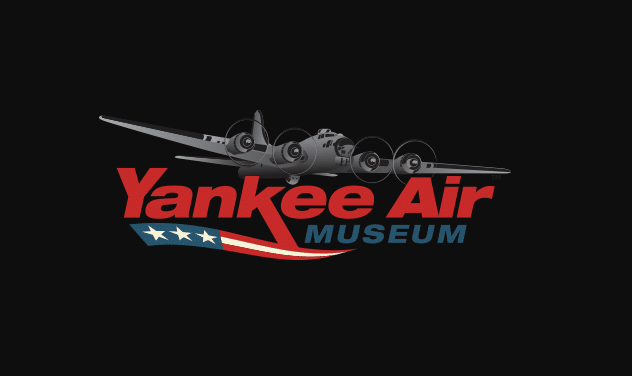